Vehicle over heating? Vehicle not heating up fast enough? Vehicle heats up just fine but you get no heat in the cabin? This post is just for you! If you have overheated your vehicle, also read this . 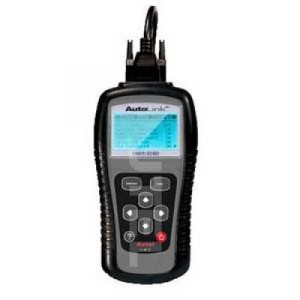 This little device is relatively inexpensive, reads and clears codes, and also displays all your live data (on cars 1996 and later). Along with a scan tool, you will also need a basic instant read thermometer. One with a dial, or electronic display will work just fine. 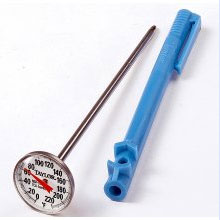 Secondly, when attempting to make a repair to the heating and cooling system of a modern vehicle, you may run into a “Cooling system error” code. These codes are nondescript by nature. Basically, the manufacturer has run a whole lot of tests, and has determined what the normal coolant temperature should be in all situations. If at any point the engine control unit sees an engine coolant temperature that is outside of what it has been told is normal, it stores a generic “cooling system error” code.

One of the most common problems with a cooling system is air pockets. The coolant is moved around the engine based on the principal that liquids don’t compress. If there is air in the system, which compresses rather easily, the coolant will have a tendency to not circulate properly. Also, engine coolant temperature sensors have trouble reading air temperature. If an air pocket works it’s way around to the coolant temperature sensor, the sensor will most likely deliver a faulty reading to the engine control unit. Air pockets can cause over heating, drive-ability problems, or poor heat in the cabin.

The easiest way to remove air pockets form a cooling system is by filling them with an air lift. 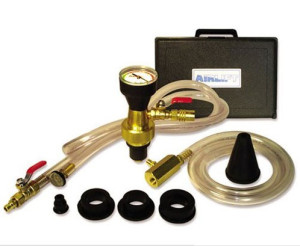 Another inexpensive and highly critical cooling system component is the thermostat. A thermostat looks a little like this ….. 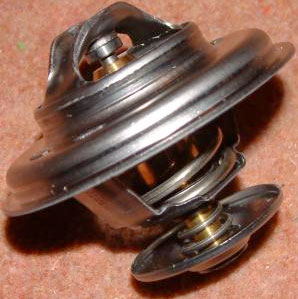 Do not alter the thermostat if your vehicle is overheating. If you replaced the thermostat, and the vehicle sill overheats, there is another problem. Do not remove, drill a hole in, or force the thermostat to stay open.

Speaking of cooling fans, make sure the are working. Most modern cars have ditched the old drive belt driven fans for a more fuel efficient electric fan. An easy test if the fans themselves work is to turn the air conditioning on. Modern cars kick the fan on any time the A/C compressor is on. If the vehicle is over heating, and the fans are not on, you’ll need to run down the electrical system and find out why. That is unless you have a hydraulic power cooling fan. Some vehicles use the fluid from the power steering system to turn the fan. Make sure the power steering system is full and working properly, and then run down an electrical checklist. If you have an old fashioned fan clutch, make sure it’s in good shape.

An obviously key component to the whole cooling system is the radiator. Sometimes the radiator will become plugged. A plugged radiator won’t circulate coolant.

The last, and most costly cause of an overheating condition is a bad head gasket. When the head gasket fails, exhaust gas is forced into the cooling system, and the vehicle just over heats.

But what is your vehicle doesn’t overheat, it just doesn’t produce heat in the cabin? First and foremost, ensure the cooling system is full, with no air pockets, and that the thermostat stays closed long enough to reach operating temperature. 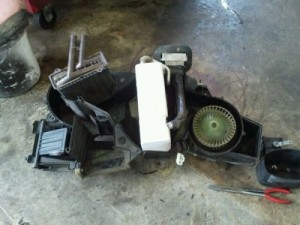 While you are checking hoses in and out of the heater core, look for a shut off valve. Many vehicles use a coolant shut off valve in the supply hose to the heater core. The idea here is to close the coolant of from the heater core when heat is not desired. Many vehicles that have these valves will use a cable to open and close the valve. Vehicles with dual climate control will often have two valves that open and close separately to help maintain independent temperatures, each being controlled electronically.

You could also have a heater fan that doesn’t work, or a plugged cabin air filter. The heater fans, control switched and resistors all go out regularly, all of which would result in an heater fan that will not work (or works only on high).  I have also seen cabin air filters so dirty that nearly no air will pass through them, and thus not allowing any air to pass through the heater core and out of the ducts.